Looking Back: The Top Mass Torts of 2019 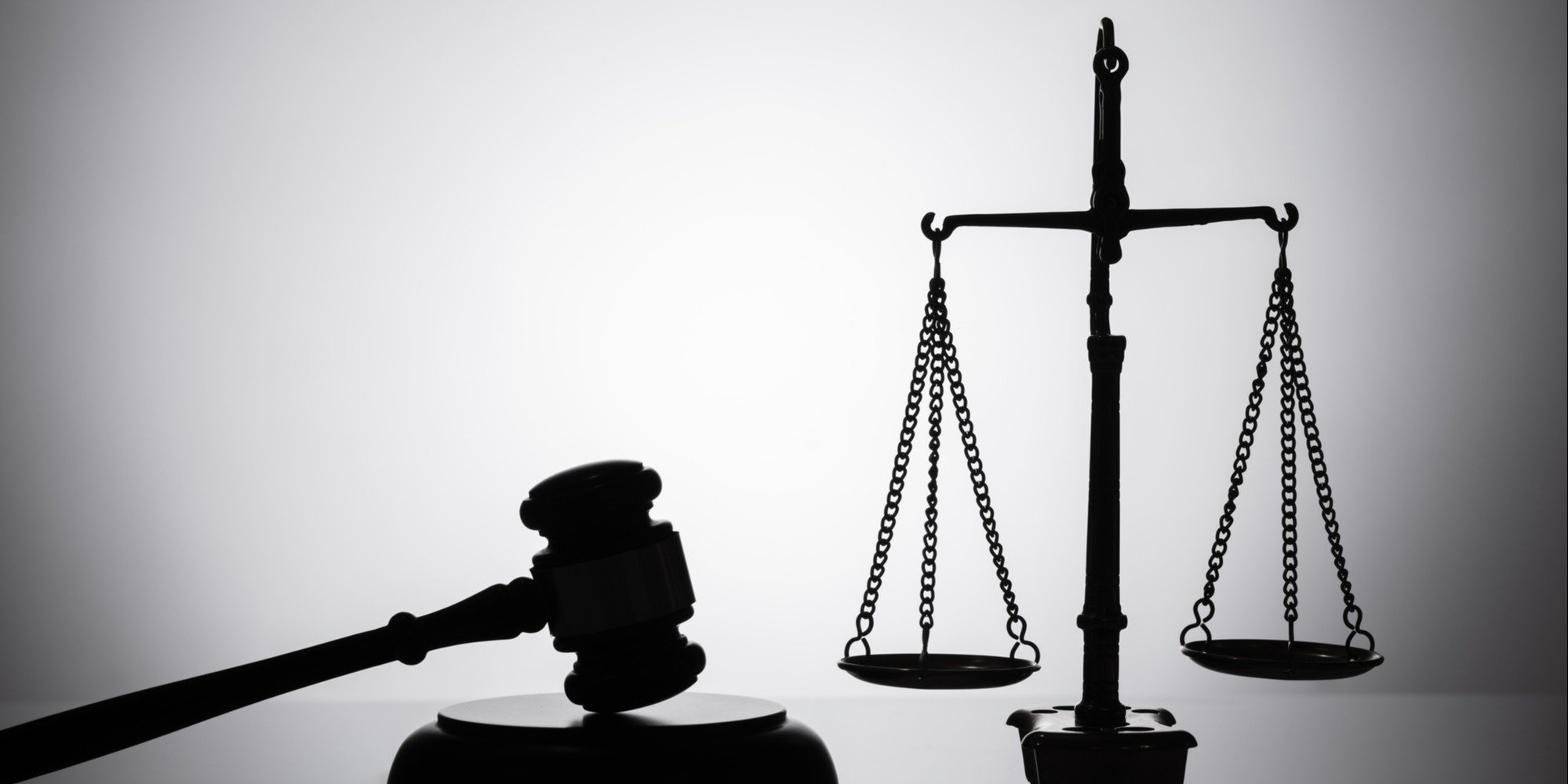 2019 was an important year for mass tort litigation, both in terms of payout size and the evolution of law. For lawyers looking to involve themselves in the lucrative mass tort litigation landscape, the following examples should provide context on the scope, complexity and value of mass torts as a growth avenue for your law firm.

As we turn the corner into 2020, here’s a look at some of the most significant mass torts from 2019.

On July 13th, 2018, the FDA announced a voluntary recall of several generic valsartan medications — a drug primarily used to treat high blood pressure — due to impurities. These medications were mainly distributed by Teva Pharmaceutical Industries Ltd. and Solco Healthcare.

According to the FDA statement, several of these generic medications contained N-nitrosodimethylamine (NDMA), which has been classified by the International Agency for Research on Cancer (IARC) as a probable human carcinogen.

This recall impacts all valsartan medications that were supplied by Zhejiang Huahai Pharmaceuticals in Linhai, China. The FDA sent warning letters to both Zhejiang and Hetero Labs — signifying a potential flaw in the drug-making process.

In addition, the FDA has issued recalls for valsartan-containing medications with the same NDMA chemical and has sent warning letters to Mylan Pharmaceuticals, Inc and Torrent Pharmaceuticals.

As consumers became aware of the carcinogenic potential of these critical blood pressure medications, several took action. A Texas man filed a lawsuit against Solco Healthcare on behalf of hundreds of patients, citing a failure to fulfill quality assurance obligations. Currently, there are more than 150 other suits involving valsartan in the courts.

Daniel Nigh, an experienced lawyer seeking to combine 50 of these class action suits, expects around 2,000 similar personal injury suits involving valsartan in the next few years. All of these cases are ongoing; the litigation continues to evolve and combine as the FDA presses forward with their investigations.

According to the World Health Organization, asbestos exposure is a health risk with potentially carcinogenic effects. The talc in Johnson & Johnson’s baby powder has been shown to contain trace amounts of asbestos, which are a natural byproduct of some talc products.

In 2018, Johnson & Johnson was ordered by a St. Louis jury to pay $4.7 billion to women who developed breast cancer while using their products. This massive settlement opened the floodgates for lawyers looking to push for punitive damages in mass tort litigation.

Now, Johnson & Johnson is fighting mass torts in almost every state, all of which link the company’s talc-based baby powder to breast cancer. At the same time, cases are being erected based on a link between Johnson & Johnson products and mesothelioma.

Overall, this serves as an example of how a single lawsuit can quickly transform into multiple, unique mass torts — each with its own set of involved figures and damage settlements. Internal documents show that Johnson & Johnson has known about the potential asbestos in their products since the 1970s, increasing their threat landscape significantly.

Two Houston-based law firms filed a mass tort against 3M for defective combat earplugs sold to the U.S. military between 2003 and 2015. According to the lawsuit, 3M’s dual-ended Combat Arms Earplugs V2 were sold to the Defense Logistics Agency without disclosure of a defect in the sealing.

3M already paid out a $9 million verdict in July 2018 to the government after a whistleblower uncovered the issue. Due to the nature of the False Claims Act, private parties can sue on behalf of the federal government in cases where the government was misled about acquired equipment. However, the settled claim was allegation-only, opening up mass tort litigation for liability determination.

Hundreds of veterans have joined the mass tort litigation, and it is still ongoing. This is particularly significant given how the case unfolded. Lawyers who followed the initial suit were able to drum up a mass tort during the litigation process and press it once the allegation was cemented in a verdict.

Another significant mass tort last year was Bard’s hernia mesh mass tort. Bard controls roughly 70% of the hernia mesh market with products such as Perfix, Kugel, Ventralex, and Ventrio. According to some of the lawsuits (there are thousands going on in different districts), the hernia mesh was defective causing serious side effects. The largest expected case is in the Southern District of Ohio (MDL 2846 In Re: Davol, Inc./C.R. Bard, Inc., Polypropylene Hernia Mesh Products Liability Litigation).

Like pelvic mesh (which was pulled off-of-market by the FDA in April 2019), hernia mesh products can cause scarring, pain, infection, inflammation and more, according to the lawsuits. A June 2019 litigation report indicated there were 2,478 ongoing Bard hernia mesh cases. That number has multiplied significantly since then.

A bellwether discovery case is set to begin early this year, which will set a precedent during the rest of the mass tort litigation lifecycle. This case involves hundreds of product lines that have been utilized for years (since 1891) during a semi-common hernia procedure, so patients continue to ring into law firm hotlines.

Anywhere from 21 to 29 percent of patients who are prescribed opioids abuse them. According to lawsuits against Johnson & Johnson, their subsidiary Janssen trained employees to cite that number at 2.9% and use misleading sales tactics to spread opioids to doctors.

In total, Johnson & Johnson currently faces over 100,000 lawsuits from a combination of opioid cases, talc powder cases, artificial hips, vaginal mesh devices and diabetes drugs (among many others listed in their quarterly report). According to Bloomberg, Johnson & Johnson may have to pay out $20 billion to resolve these cases.

In 2019, there were over 9,000 IVC filter lawsuits pending against manufactures C.R. Bard, Cook Medical, Johnson & Johnson and Cordis Corporation.

In February 2019, the third bellwether trial took place in Indianapolis against Cook Medical. A jury awarded Tonya Brand $3 million after finding Cook’s “Celect” model filter to be defective due to it breaking apart inside of her body. This defect injured her and required surgical removal.

In January 2020, the judge ordered another trial in this case, undoing the $3 million dollar verdict awarded to the plaintiff back in February. Judge Richard L. Young has ruled that the original trial court should not have allowed an email chain containing a summary of deaths associated with Cook’s IVC filers to be presented as evidence. The document was hearsay, and it prejudiced the jury.

The first federal Roundup trial took place in February 2019 – Hardeman v. Monsanto. It concluded the following month with a verdict of $25 million for the plaintiff. Another case, Pilliod et al., v. Monsanto, took place shortly after, lasting two months. It led to an even larger verdict against the company of $86.7 million (originally $2 billion before being reduced by a California judge).

In total, Monsanto (now Bayer) has lost three cases over its Roundup product being linked to cancer. The amount of Roundup claims has reached 18,000, and the litigation is ongoing. In a new legal strategy, Bayer requested a delay for the second round, pushing the trials back several months to January 2020. The delay is providing extra time for settlement talks.

Bloomberg Intelligence has estimated that settling all Roundup cases could cost up to $9 billion; other estimates have ranged from $2.5 billion to S20 billion.

The JUUL litigation exploded in 2019.

The electronic cigarette maker has been slammed with a barrage of lawsuits brought on by states attorneys general, addicted youth and their families, school districts and more.

October 2019 brought the first vaping wrongful death lawsuit against JUUL. David Wakefield, an 18-year-old boy, died in his sleep in August 2019. His family claims his death was the result of using JUUL’s e-cigarettes for years.

Also in October, the Judicial Panel on Multidistrict Litigation (JPML) consolidated and transferred the JUUL e-cigarette docket to California federal court in front of Judge William H. Orrick, creating MDL 2913. The litigation is growing as we enter the new year.

At the end of 2019, drug stores started pulling Zantac (ranitidine) from shelves due to alarm bells sounded by the FDA. In September, the agency released a statement alerting patients and health care professionals of a “probable human carcinogen” found in some ranitidine medicines.

This new litigation is heating up in 2020. Keep an eye out for the Zantac mass tort and check out part two of this blog, “The Top Mass Torts to Look Out for in 2020” for additional information, as well as updates on all of the major mass torts coming up in the new year.

Each of these mass torts — involving hundreds of thousands of potential legal clients — signifies the value of having a team of legal intake specialists who are ready and capable to qualify and convert leads at your firm.

If your firm doesn’t have the proper systems in place, a legal call center, like Alert Communications, can help! Contact us to learn how we can help you optimize your mass tort intake, capitalize on leads and make the most of your marketing investment.