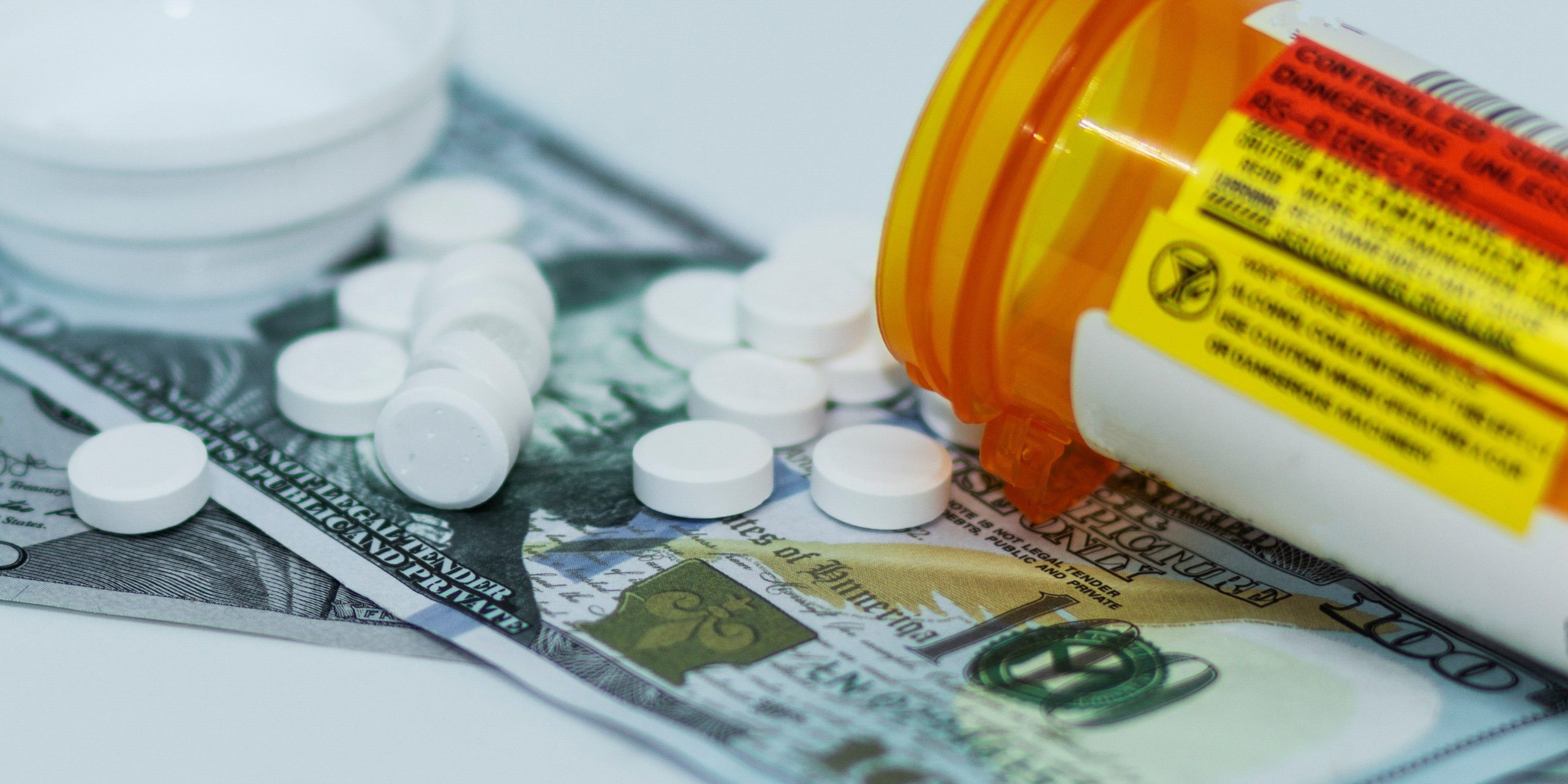 On September 17, 2019, Purdue Pharma filed for Chapter 11 bankruptcy. This comes after nearly twenty years of lawsuits filed by individuals, counties and states over Purdue’s marketing and distribution of opioids, such as OxyContin.

As the institution blamed for much of the nation’s opioid epidemic, filing for bankruptcy does not mean Purdue’s troubles are over. Here’s the latest on the infamous pharmaceutical company’s legal woes and the family behind it.

Purdue hopes to settle the 2,000 personal injury cases it faces from state, local and tribal governments. If accepted, Purdue’s proposed $10 billion settlement would see the Sackler family divest itself of ownership in the company. The Sackler family would hand the company to a trust set up in favor of the states and other government entities that sued to recoup monies they spent on opioid addiction in their jurisdictions.

In addition, the Sacklers will personally pay $3 billion to settle the voluminous federal and state personal injury cases filed against the pharmaceutical firm.

About half the states with claims against Purdue have refused to accept the proposed settlement so far.

Purdue developed OxyContin, a chemical cousin of heroin, and introduced the painkiller to the market in 1996. Billed as a 12-hour painkiller, OxyContin quickly became America’s record-breaking, favorite analgesic and resulted in more than $35 billion in revenue for Purdue over two decades.

Despite the advertisements, the drug’s effectiveness runs out earlier than the 12-hour period. When the effectiveness wears off too early, it produces intense withdrawal symptoms similar to heroin withdrawal. Physicians end up prescribing Oxycontin every three or four hours, instead of every 12 hours or increasing the dosage. Due to this, patients become addicted to the drug in much the same way as people become addicted to heroin.

The multidistrict litigation (MDL) is the result of thousands of lawsuits filed against Purdue and other companies over more than a decade. Let’s take a look at the history of this momentous litigation.

Early 2000s: OxyContin Lawsuits Begin. Over more than 20 years, millions of Americans abused OxyContin, according to the National Survey of Drug Abuse and Health.

One of the first OxyContin lawsuits filed against Purdue was on behalf of plaintiff H. Jerry Bodie, a retiree from Alabama. Bodie started by taking 30 mg of OxyContin. By the time of the filing, he was up to 400 mg because the lower doses did not relieve his pain as promised. A Purdue representative suggested Bodie’s physician increase the dosages to counteract the shorter time frame.

Bodie’s lawsuit and others like it were dismissed by courts when Purdue asserted defenses that protected pharmaceutical companies from product liability if the product was prescribed by a doctor. Other cases were settled by Purdue under non-disclosure agreements.

2004: Purdue Settles for $10 Million with West Virginia. A West Virginia attorney general brought a case against Purdue to recover excessive costs the state paid on behalf of the state’s elderly and low-income beneficiaries. West Virginia accused Purdue of deceptive advertising in relation to the 12-hour dosing assertions. This time, Purdue’s product liability defenses did not work. In a last-ditch effort to avoid a trial, Purdue filed a motion for summary judgment on the basis that there was not enough evidence to justify a trial. The judge dismissed the motion, finding that enough evidence existed for a jury to decide Purdue had advertised its product deceptively.

Rather than going to trial, Purdue settled the case by agreeing to pay $10 million to the state of West Virginia. Purdue did not admit any wrongdoing or change dosing protocols for the drug.

2007: Purdue Pleads Guilty to Deceptive Advertising. In a 2007 plea agreement with the Department of Justice, Purdue agreed to pay 26 states and the District of Columbia a total of $19.5 million to settle complaints that the company encouraged physicians to prescribe OxyContin in excess of the Food and Drug Administration’s approved dosing guidelines. With fines and other fees, Purdue would pay an additional $600 million. Purdue admitted that it marketed the drug as less addictive than other painkillers which the company knew was not true. The company’s general counsel and chief medical officer pleaded guilty to misbranding the drug and were assessed personal fines of $34.5 million.

Update: In 2017, the City of Everett, Washington sued Purdue, saying the company allowed the drug to be sold through the black market and did not abide by the terms of the 2007 settlement.

October 2007: Kentucky Sues Again. The bluegrass state refused a settlement offer of $500,000 from the May 2007 case. The state filed its own lawsuit in 2007, asserting claims against Purdue for unjust enrichment, Medicaid fraud, false advertising and public nuisance. Observers described the case as a $1 billion case as a jury trial; it never went to trial and Kentucky settled in 2015 for $24 million. Purdue did not admit guilt as part of the settlement agreement.

December 2017: Multidistrict Litigation Formed. The first transfer order to consolidate the federal opioid cases into a single case for pre-trial discovery purposes came in December 2017. The cases were consolidated as case MDL-2804 Opiate Litigation. The Panel on Multidistrict Litigation assigned and transferred the cases to the United States District Court in Ohio under Judge Dan Aaron Polster. The case’s approximately 1,500 plaintiffs allege that manufacturers of opioid pharmaceuticals misrepresented the risks of long-term drug use and that distributors failed to monitor suspicious orders.

March 2019: Oklahoma Settles Case Against Purdue. The state of Oklahoma settled its case against Purdue for $270 million for deceptive advertising and misrepresentations about OxyContin’s potential for addiction. The Sackler family will pay $75 million of the $270 million settlement. Local governments will receive $12.5 million. $200 million goes to create and fund the National Center for Addiction Studies and Treatment at Oklahoma State University. The settlement came two months before the Oklahoma case would have been the first of the OxyContin cases to go to trial.

May 2019: North Dakota Judge Throws Out North Dakota Case Against Purdue. A District judge in North Dakota dismissed the state’s opioid addiction case against Purdue. The judge ruled that the drug manufacturer does not control the use of the product once it enters the marketplace. North Dakota’s attorney general says he will appeal the case.

Legal experts compare the Purdue litigation to the tobacco litigation in the late 1990s in which four tobacco companies reached a settlement agreement with 46 attorneys general.

In addition to its legal issues, Purdue has lost important financial relationships, such as JP Morgan Chase ending its banking relationship, and various charities no longer accept charitable gifts from the company.

The Future for Purdue

Purdue’s bankruptcy has shaken the industry. Even if the settlement is accepted by the states, the battle will continue.

Instead of solely targeting Purdue, future lawsuits will also directly target the Sackler family. In fact, in 2018, Massachusetts’ attorney general named as defendants eight members of the Sackler family and eight corporate executives. They were charged with designing a “web of deceit” carried out to enhance company profits. This was the first case to name the Sackler family members and to seek personal legal liability. The case claims that Purdue deceived doctors about the risks of addiction and aggressively targeted veterans and elderly patients.

Even after paying millions in legal fees, Purdue and the Sackler family find themselves enmeshed in lawsuits that hold them at least partly responsible for the opioid epidemic ravaging many parts of the United States.

Consider subscribing to our blog for more legal industry issues and insights like this, as well as tips for improving the client intake process and best practices on converting legal leads.