What You Need to Know About Asbestos and Mesothelioma/Lung Cancer 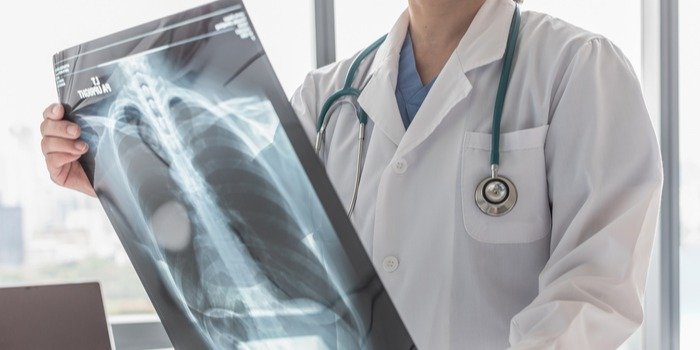 Asbestos was once a highly desirable material. It was considered a “miracle mineral” because of its ability to insulate homes, pipes and car brakes. The material was also found in clothes, flooring tiles and shingles.

Fast forward to today, we know the potential dangers of being surrounded by asbestos. With $70 billion spent on litigation and 730,000 individuals suing businesses since 2002, asbestos is now the lengthiest mass tort litigation in the history of this country.

Asbestos became problematic when it was determined that people could easily breathe in asbestos fibers. These fibers can build up in the lungs, leading to major health problems.

Prolonged exposure to asbestos can cause mesothelioma, a type of cancer that aggressively attacks the body. Individuals who are diagnosed with mesothelioma have an average life expectancy of less than a year.

Although mesothelioma is often discussed as a singular affliction, there are several types. Pleural mesothelioma targets the lungs, peritoneal mesothelioma affects the abdomen, and epithelioid and sarcomatoid mesothelioma both attack specific cells within the body.

Asbestos exposure can also lead to a condition known as asbestosis, which inhibits an individual’s ability to breathe. Those who contract asbestosis are more likely to develop lung cancer.

Although lawsuits regarding mesothelioma and asbestos-related ailments have received a great deal of exposure in the media, the reality is that most of these cases settle before they get to trial.

The payout is determined in part by how much an individual has suffered. Economic damages may also be part of asbestos litigation, so afflicted individuals can obtain compensation for lost opportunities. Economic damages are not limited to income; the inability to perform household chores or leisure activities can also be grounds for compensation.

Bankruptcies Do Not Resolve Asbestos Torts

United States bankruptcy law absolves businesses of any legal claims against the firm. However, this code was updated in 1994 to exclude asbestos cases.

Businesses that file for bankruptcy while still owing compensation on asbestos torts usually file for Chapter 11 bankruptcy. This allows the business to continue operations while setting aside funds for their mass tort payouts. A compensation trust is set up for these payouts, and the trust then administers the distribution of asbestos-related compensation.

Bankruptcy will inhibit the ability of a company to pay out on asbestos lawsuits. If payments are made at all, they will be low, at least until the business has had a chance to recover from bankruptcy.

The link between Johnson & Johnson’s baby powder and mesothelioma was recently proven in a study published by the Journal of Occupational and Environmental Medicine. The study included 33 mesothelioma patients who had no conventional exposure to asbestos. The only way these patients were exposed to asbestos was through Johnson & Johnson’s baby powder, which included asbestos-tainted talc.

Currently, Johnson & Johnson faces 11,700 claims that their baby powder causes cancer. Some of these cases have been consolidated into multi-district litigation.

The litigation levied against Johnson & Johnson continues into present day. Most recently, Pasadena resident Amy Fong sued Johnson & Johnson due to the role the products played in her terminal diagnosis of mesothelioma. Just a week before the trial, Johnson & Johnson recalled a batch of baby powder due to trace amounts of asbestos found in one of the bottles.

The Future of Asbestos Torts

More than 8,400 businesses have been sued because asbestos found in their products have resulted in serious health ailments.

Johnson & Johnson is just one example of many companies involved in asbestos and mesothelioma mass torts. MDL No. 875, based in Pennsylvania, was created in 1991 and involved over 121,000 cases. Over 108,000 of those cases were settled, dismissed, or remanded.

The future of Asbestos-related torts is uncertain. The only certainty is that law firms that locate and convert qualified leads have much to gain.

To stop qualified leads from disappearing, law firms must have an effective system in place to engage and nurture leads, respond 24/7/365 and sign retainers efficiently. Legal call centers, like Alert Communications, shift these tasks to trained legal intake specialists who optimize the intake process so billable hours are not spent on unqualified leads.