Multitasking: Does it Work? 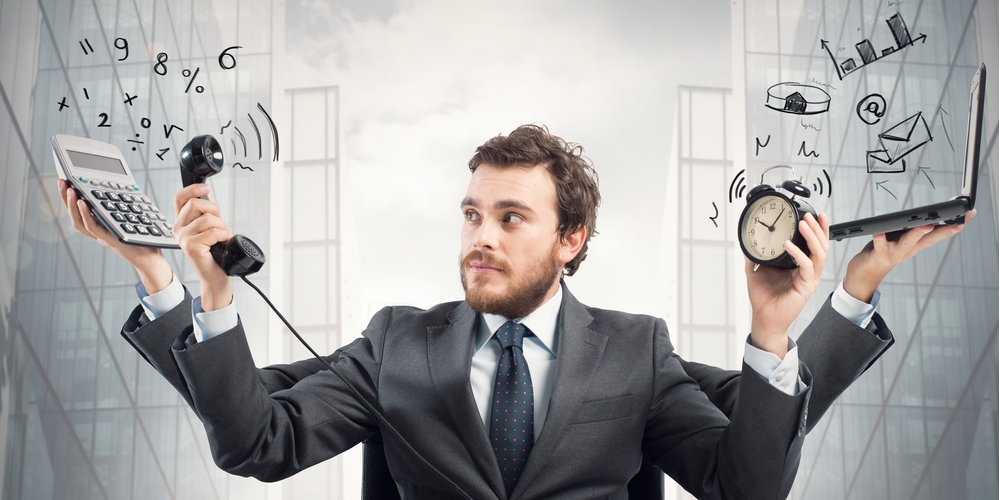 I saw a mother yesterday pushing a stroller, talking on her cell phone and walking two dogs simultaneously while also playing with the new interactive dog toys. I immediately admired her.

But when I looked more closely (I was at a traffic signal, so I had a few minutes), I saw the baby was crying, the phone was slipping and the dogs’ leashes were wrapped around each other and her arm.How well does multitasking work? My Google search was split almost 50-50 between articles and studies supporting it and those stating that it leads to productivity loss. So how do you know if it does or doesn’t work? Check it out at work.

The most obvious cases are the people who are doing other things while on a muted conference call. Chances are they do fine until someone asks them a question. Then it’s a scramble to try to figure out what, exactly, they were asked and to find the button to take the call off mute. (Hopefully, your customer service folks aren’t into multitasking…)

But what about the guy or gal who’s perpetually tuned in to their “mobile device”? I’m not talking about using your cell phone while you’re driving; enough states have already passed laws forbidding that kind of multitasking. I mean the person who’s having a conversation with you but never looks at you, because they’re texting, checking their e-mail or surfing the ‘net. Did they hear anything you said? (Aren’t you tempted to interject “…so you’ll have that report ready in an hour, right?” to see if they’re paying attention?)

So I’m curious. Do you think multitasking is effective in your personal or professional life? Do you have an embarrassing multitasking-effort-gone-bad story you can share? C’mon, stop talking on the phone while you’re reading this, and tell me what you think.